What is a Project Producer? 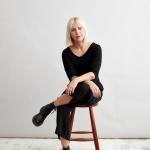 A question that often comes up when I tell people that I work as a Project Producer is “Wow, nice… What is that?” The ways of managing projects are many, and practices in different companies. In this post, I describe how we manage projects at Sangre.

At Sangre, we currently have two full-time Project Producers working as part of the client project teams. The essence of a Project Producer’s work is making sure that our leads, designers and developers can focus on doing what they do best. In practice, it means handling things such as client communications, budgeting, resourcing, billing, handling materials, meetings, writing offers, and helping anyone with anything they need, when they need it.

You’re probably thinking, “Wait a minute… That sounds a lot like a project manager.” The difference is subtle, but in our view, quite substantial. Sangre is a flat organization, and we don’t want to create a level of management between the team and the client. The Project Producer is a facilitator, not a manager. The team shares responsibility over the end result, and the Producer is part of the team. By having a dedicated Producer in their project, our clients get the benefit of accessing a variety of services through one contact person. This doesn’t mean the rest of the team won’t communicate directly with the client - they do. We never want to limit communication in any way between the team and the client.

The Project Producer is a facilitator, not a manager. The team shares responsibility over the end result, and the Producer is part of the team.

It’s not an easy job and it’s certainly not for everyone. Juggling multiple projects and being the go-to person for team members means that there can be a lot of distractions. Excel is your best friend. Emails - a lot of them. While we do roadmap our projects, working in an agile manner means you can never plan everything ahead to the last detail. There are always changes and as a Project Producer, you need to be able to handle ambiguity. (More emails. Emails, emails, emails.) As a Producer, your job is to make sure that the team as well as our client is happy. Sometimes they’re not, and you need to take a long, hard, look at yourself in the mirror and then be the one to deal with it – discussing the issues openly with the client and making adjustments with the team.

Having said that, there’s nothing quite as rewarding as seeing your team doing what they do best and delivering amazing results that the client loves. Also, being involved in, well, kind of everything that’s going on in the projects means that you have a constant view of where the company is going and how we’re doing.

Being involved in, well, kind of everything that’s going on in the projects means that you have a constant view of where the company is going and how we’re doing.

Our core business is design and coding, and of course, numbers count. Anyone working in an agency must create value for the client’s business. A Producer’s share of billable work is usually around 30-60%. It sounds fairly low, but having someone to do all the “invisible” work that keeps clients happy but which they don’t pay for, means that everyone else can focus on doing the work that clients are happy to pay for. When Sangre first hired producers into the company, we saw a considerable leap in overall productivity. And of course, designers and developers became a lot happier once they could focus on their core work instead of all the clutter around it.

The best part for me is that working in various client projects as a Producer I get to constantly learn about different industries, trends and technologies. The ever-changing nature of my work means that things never get boring. At Sangre, everyone is encouraged to shape their role according to their own interests. For me, that means being a part of the design team and creating content for client projects and our marketing - and treating the team to an in-house yoga class every few weeks.

If you want to know more about projects and working at Sangre, you can read my interview here or send me a message on Linkedin to chat more.